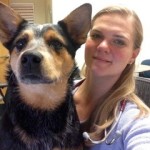 Lindsay Nelson, FNP, is originally from Colorado Springs, Colorado. Never one to let the grass grow long underfoot, she has lived in urban and rural Colorado, rural and urban Nebraska, suburban Maryland, Kodiak Island and now Anchorage, Alaska. Some unique facts about Lindsay include: she skipped high school; her initial career was idealistic journalist in print media; she is second oldest of five children and for several years after college was a radio DJ and entertainment columnist in Durango, Colorado.

Lindsay earned her Master of Science degree to become a Nurse Practitioner at the University of Nebraska Medical Center in Omaha, Nebraska and did her clinical training in primary care and family practice. Her Bachelor of Science in Nursing was completed at Creighton University in Omaha as an intensive, one-year second-bachelor’s program. Her first Bachelor’s degree is in English, from Fort Lewis College in Durango, Colorado. Previous healthcare positions include providing palliative and hospice care to patients in rural and urban Nebraska in a community-based program in Lincoln, NE; staff RN in the Solid Organ Transplant Unit at Nebraska Medical Center; and clinical instructor for BSN nursing students at UNMC.

Lindsay came to Alaska for the mountains, the lifestyle and the people. The Palliative Care team at Providence Alaska Medical Center is extraordinary, and she was very fortunate for the opportunity to join this team in April 2014.

When not at work, Lindsay loves to garden, cook and preserve food, read, listen to music and programs like “This American Life” and “Snap Judgment”, hike the incredible mountains around Anchorage with her young Australian Cattle Dog Maddy, pick berries, and attempt to cross-country ski, ice skate, and ski-jor. She is open to trying most uniquely Alaskan pursuits.