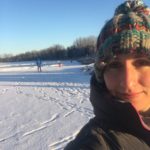 Heather Githens is a Family Nurse Practitioner, based in Anchorage, AK. She graduated from Duke University School of Nursing with a Bachelor of Science in nursing in 2006. Her nursing career was primarily based in the Emergency Department, and she worked as a staff nurse in several different hospitals in North Carolina, Oregon, Alaska, and Idaho. During her graduate school training, she completed a year-long fellowship at the Boise VA in primary care, called the Center of Excellence, where she worked as part of an interdisciplinary team.

In 2012, she graduated from Gonzaga University with a Master’s of Nursing, and shortly after graduation, joined the medical staff at Providence Alaska Medical Center, working as a nurse practitioner at Providence’s skilled nursing facilities, called Providence Transitional Care Center and Providence Extended Care in Anchorage. It is here that she developed a love for geriatrics, wound care, and palliative care. In 2017-2018, Heather became the second Nurse Practitioner Fellow in the Providence Alaska Medical Center Palliative Care Fellowship, in hopes of gaining more experience  in taking care of patients with serious and life limiting illness. She gained experience in a variety of settings: inpatient, outpatient, pediatrics, oncology, and community home hospice involvement.

Heather was born and raised in a small town in Connecticut, but she is proud to call Alaska home since 2010. She is married to Ryan, who works as a research wildlife biologist for the US Fish and Wildlife Service. They have a son and daughter, and one dog. Heather is passionate about travel and the outdoors. She loves hiking, biking, camping, and spending time at their off-grid cabin in Trapper Creek.