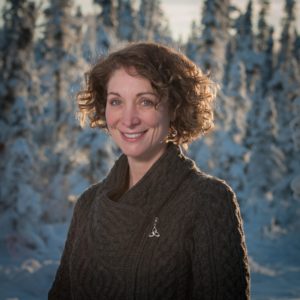 Ursula was born in New York and has previously lived in Baltimore, MD, New Haven, CT and Burlington, VT. She was drawn to Alaska for its cultural diversity and for both urban and rural (and then very rural) populations and the creativity involved in helping people in such different environments. She greatly enjoys the outdoors and spends her time hiking, cross country skiing and exploring Alaska.